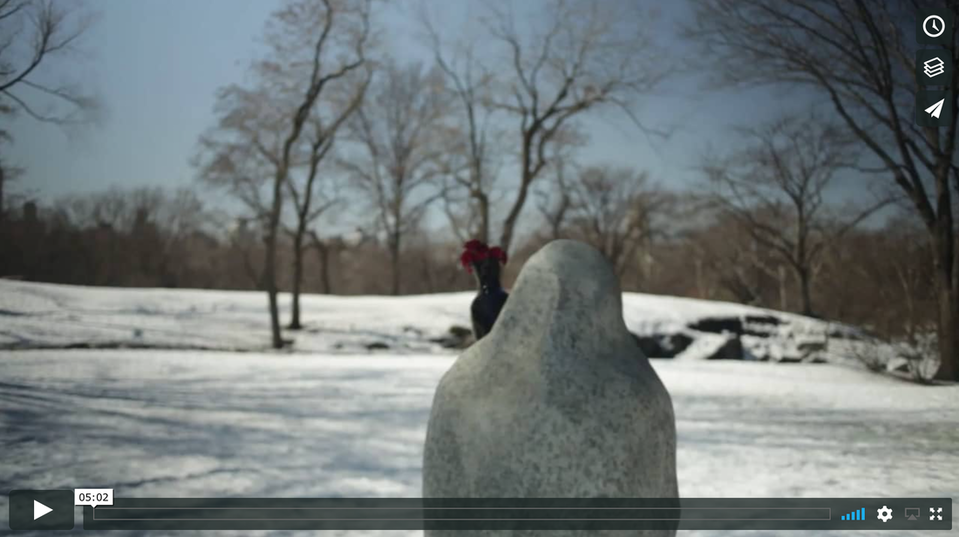 Video documenting a four-hour performance in New York City in the winter of 2015. A rock wonders through Central Park into Grand Central Terminal in a search for a place to be. Resulting in an impromptu funk dance party between a styrofoam boulder and a throng of pedestrians.
The performance A Rolling Stone incorporates the idea of longing to a place in society. This use of metaphor follows a more historic myth that evolved from the concept of “ The wandering jew” , reflecting on the idea of being out of place and in a condition of a perpetual diaspora, Transforming one's identity to fit the surrounding they are in .
Copywriting © Eli Barak. All rights reserved.
Powered by